What is the relationship between sodium and osteoporosis? Are you taking in too much sodium for your bones?

If you are at risk of (or have) osteoporosis, osteopenia or low bone density you have to be more careful and attentive than most people to the food you eat, the exercise program you follow, and the risks and benefits of taking osteoporosis drugs. 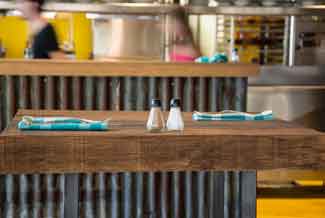 Nutrition for osteoporosis involves more than choosing the right foods and supplements to consume.

A proper osteoporosis nutrition program will also identify foods that you should moderate in your diet.

In fact, new research published in the American Journal of Physiology – Renal Physiology, has identified a molecule in the human body that is responsible for sodium reabsorption and controls how the body holds calcium. This has significant implications for our consumption of sodium and I suggest you spend the time necessary to review your own daily sodium intake.

Here are the details of what the researchers found: a diet with too much salt triggers this molecule to reduce its workload so that more sodium can be released through the bladder.

Unfortunately, the same molecule affects how the body absorbs calcium. As a result, not only does salt get expelled from the body, calcium gets flushed out as well. This is bad for both our bones and our kidneys.

The rebuilding process for bones requires calcium and too much calcium in the kidneys could lead to kidney stones. The study confirms that there is a relationship between sodium and osteoporosis since elevated sodium levels can affect calcium in your body.

How Much Sodium Allowed per Day?

The problem with North American diets is that we consume far too much salt and it comes from sources we are not monitoring as well as we should. It is estimated that the average North American adult takes in approximately two times the recommended level of sodium per day – around 3,400 milligrams.

To get a more concrete understanding of how much sodium is found in different foods, I encourage you to read the article by Ryan Andrews, All About Sodium. Pay particular attention to the example of Denny’s Meat Lover’s Scramble which contains a whopping 5,690 milligrams of sodium – almost four times the recommended daily intake!

The Dieticians of Canada publishes a handy reference table on food sources for sodium.

Recommended daily intake of calcium varies from country to country. Health Canada recommends 1,000 to 1,500 milligrams of calcium per day for adults.

So how much calcium do you lose when you consume sodium? One of the leading researchers in the study, Dr. Todd Alexander of the University of Alberta, provides the following rule of thumb for you:

For every 100 milligrams of extra sodium you have above what’s recommended, you probably pee out one milligram extra of calcium.

If I follow Dr. Alexander’s logic properly, it appears that since the average North American adult is taking in about 1,500 to 2,000 milligrams of excess sodium per day, he or she would be flushing 15 to 20 milligrams of calcium into his or her kidneys daily.

That may not sound like a lot but if  the recommended daily intake of calcium is 1,000 to 1,500 milligrams over a period of time that loss of calcium could add up. In fact, the situation gets worse if you happen to consume excess sodium and take in too low an amount of calcium.

There appears to be a relationship between sodium and osteoporosis. As a result, I encourage you to estimate your daily intake of sodium and balance that with your calcium intake. Think about your sodium intake the next time you go to a restaurant, the grocery store or reach for that pretzel.