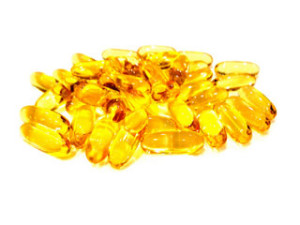 The study compared 24 weeks of aerobic exercise to the same amount of exercise plus Omega 3 supplementation and it’s effect on bone in healthy post-menopausal women.

The findings were that the women who took the 1000 mg of Omega 3 along with exercising were able to build bone while the other groups did not.

This is very significant for my clients.  I am going to be more diligent about encouraging the use of Omega-3 along side their prescribed exercise program.

The research involved four groups of women between the ages of 58 and 78. The four study groups were:

One thousand (1000) mg of Omega 3 polyunsaturated fatty acids (PUFA) was added to the daily food intake for 24 weeks for the two groups that took Omega 3 supplementation.

Exercise was prescribed to the two exercise groups in the following manner:

BMD measurements were made at the anterior-posterior lumbar spine (L2-L4) and the non-dominant proximal femur, including femoral neck, using dual-energy X- ray absorptiometry.

The authors report the following findings:

Prior evidence indicates that both dietary fats and physical activity can influence bone health and alter inflammation. This study examined the combined effect of omega-3 PUFAs supplementation and exercise on BMD and inflammatory markers.

The novel findings are:

These findings clearly show that the combination of PUFA supplementation with aerobic exercise provides numerous benefits on bone density and inflammation over exercise alone or supplementation alone. Additionally this study demonstrated that the reductions in inflammatory markers were related to the increases observed in BMD. Although changes in bone turnover are slow, this study demonstrated that exercise plus supplementation resulted in a 15% increase in BMD in the L2-L4 region and a 19% increase in the femoral neck. Slight but non-significant increases in BMD were seen with exercise alone and with supplementation alone, but the omega-3 polyunsaturated fatty acids acted synergistically with the exercise to result in profound changes in BMD in a 24 week period in this cohort of post-menopausal women.

Conclusions by the Researchers

The researchers wrote the following conclusion:

Aerobic exercise training plus omega-3 polyunsaturated fatty acids supplementation was effective in reducing chronic inflammation and increasing BMD in postmenopausal women. These changes in inflammatory markers are related to indices that favour enhancement of BMD in healthy sedentary post-menopausal women. Further studies on the physiologic effects of omega-3 polyunsaturated fatty acids and exercise training on bone metabolism and bone quality to prevent or treat osteoporosis are needed.

In the meantime, if you have not started supplementing your diet with Omega-3, I encourage you to do so!