I recently wrote an article on Whole Body Vibration (WBV) platforms. Recent research indicates that using a low intensity vibration will improve the health and quality of your bone, while high intensity whole body vibration platforms like the Power Plate are a risk to bone health. 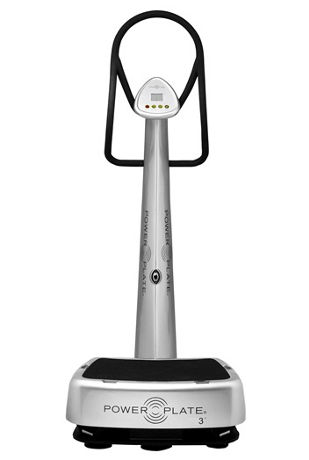 The PPVP is a high intensity Whole Body Vibration (WBV) platform. I assumed that using it, like all other WBV platforms, would not improve the density or quality of the user’s bone and potentially cause health risks.

However, the company claims on its website that “Power Plate training leads to a significant increase in hip area bone density”. They refer to a study (1) published in 2004 in the Journal of Bone and Mineral Research to support this statement.

During the 24-week study period, the researchers created three groups of people for the tests.

The study claims that Power Plate training resulted in a 1.5% net improvement in bone density in the hip for the PP group compared with the Resistance and control groups.

Either the PPVP possesses some special capabilities that allow it to increase bone density or the exercises (and intensity of exercises) performed by the PP group were different from those performed by the Resistance group.

I reviewed the published study in detail and found that the researchers gave the resistance group a substantially different exercise program than the PP group.

Is the Power Plate Safe for People with Osteoporosis?

I recently interviewed Dr. Clinton Rubin, the SUNY Distinguished Professor of Biomedical Engineering and Director of the Center for Biotechnology at Stony Brook University in Stony Brook, New York. Dr. Clinton is the most cited researcher in the area of vibration therapy and bone health and a recognized world authority on the topic.

He has done studies looking at high intensity vibration and its affects on bone health. Dr. Rubin provides his perspective here:

The reason the Power Plate group showed an increase in hip are bone density over the study period — compared to the other groups — was not due to the benefits of the PPVP. It was a result of the exercise program that they followed.

The Exercise Program for the Power Plate Group

The Exercise Program for the Resistance Group

I have summarized the exercise programs below (in as much detail as the researchers provided in the published study).

The researchers mention that the Resistance group program lasted an hour in total but aside from the above, no details of how the hour was spent is mentioned. There must have been very long rest periods between sets.

In addition, training load was significantly increased by moving the exercises from predominantly two legged exercises to one legged.

The PP group had an advantage over the Resistance group, not because they used the Power Plate Vibrating Plate, but because they followed an exercise program that promoted bone-density improvement.

This study failed to demonstrate that Power Plate training alone improves bone density or quality, or addresses osteoporosis. Research has consistently demonstrated that it is the type and intensity of exercise program that will dictate how much your bone density and quality improves over time.

I recommend that you follow an exercise program that promotes bone quality. Your program should also teach you movements that avoid fracture while doing your exercise program and daily activities. I encourage you to consult with a health professional qualified in this area.