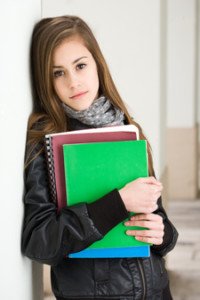 What is the role of Physical Therapy in the treatment of eating disorders?

However, no guidelines or recommendations exist for children and adolescents with eating disorders and our understanding of negative exercise behaviours is limited. The Physical Therapy profession can play a significant role in the management of eating disorders through exercise prescription.

Eating disorders are more prevalent than most people (and health professionals) think:

An eating disorder is a medical condition diagnosed by the criteria in the American Psychiatric Association Diagnostic and Statistical Manual of Mental Health Disorders, Fourth Edition (DSM-IV).

I primarily work with the inpatient population who are admitted for medical stabilization, weight restoration or symptom interruption.  The following criteria direct the level and type of physical activity I recommend:

Most Physical Therapy interventions target patients classified as severe or moderate according to this criteria.

Patients with a severe eating disorder would be expected to rest and reduce activity.  Physical activity is individually prescribed and supervised.  It is at a low intensity and is of short duration, and includes; lying, sitting or 4 point; range of motion, stretching exercises and yoga poses.  (See images).

Patients with a moderate eating disorder  are progressed to standing range of motion, stretching exercises and yoga poses.  Education and activity planning for low bone mineral density/fracture risk is ongoing, as an increase in bone mineral density has an average delay of 21 months from weight restoration.

Also important to note is that there appears to be no benefit of exercise on bone mineral density, if a patient has amenorrhea or loss of menses  (Academy of Eating Disorders, Catherine Gordon, and Philip Mehler, 2009)  Most patients resume menses within 6 months when they reach 90% of their ideal body weight.   Aerobic exercise can be resumed at 90% ideal body weight; however, a longer weight stabilization period improves outcomes.

Understanding a person’s exercise behaviours is important in the management of their physical activity.  The Compulsive Exercise Test provides an assessment of five core features of compulsive exercise.

Eating disorders have the highest mortality rate of any mental disorder (Crow, 2009).  Earlier identification and intervention is associated with improved outcomes and better long term prognosis.

How can we identify those people at risk for eating disorders earlier?  Athletes are distributed along a spectrum between health and disease.  (Nattiv, 2007)  For most female athletes, participation in sports is a positive experience, providing improved physical fitness, enhanced self-esteem, and better physical and mental health; however, studies have reported disordered eating in up to 62% of female athletes.

Loss of menstruation is not a normal response to training.  It is a clear indication that health is being compromised.  The prevalence of loss of menstrual cycles is much greater in the athletic population (3-66%) than in the general female population (2-4%).

Peak bone mass is largely established by the end of adolescence, loss of menstrual cycles can lead to bone loss which increases fracture risk and may not be reversible.  Adolescence marks the period of greatest risk for onset of eating disorders.

While, all female athletes are at risk, sports with an aesthetic component such as ballet, figure skating, and gymnastics, endurance sports, such as running or those sports tied to a weight class, such as rowing or wrestling, are believed to have a greater eating disorder risk among athletes.

Prevention of eating disorders and recognition of eating disorder risk should be a priority of those who work with athletes.  The Joint Position Paper on Nutrition and Athletic Performance for the Dieticians of Canada, the American College of Sports Medicine and American Dietetic Association encourages those who work with female athletes to monitor changes in exercise performance and energy level, normal menstrual function, stress fractures, recurrent injury or illness, and general overall well-being.

The Coaching Association of Canada recommends that screening for eating disorders should occur at a pre-participation exam or annual health exam.

As well, recommendations from a study on the use of the pre-participation exam in Canadian Interuniversity Sport to screen for the Female Athlete Triad (the name for the triad of medical disorders including, low energy availability, menstrual dysfunction and low bone mass) reported that better efforts needed to made to increase awareness of the triad and its risks among female athletes.

Lisa Scott is a Physiotherapist at the Adolescent Medicine and Eating Disorders Program at McMaster Children’s Hospital in Hamilton, Ontario. Lisa completed her Bachelor of Science (Physical Therapy) at the University of Toronto in 1997 and her Bachelor of Education at Brock University in Hamilton in 2001. She has been employed as a physiotherapist at McMaster Hospital since 2000.

This article was originally published in the Ontario Physiotherapy Association’s journal, Physiotherapy Today as part of the Innovation in Practice program.

For more references and correspondence you can contact Lisa via email.